The annual Vivid Festival has hit Sydney, lighting up the night sky around the harbour again and delighting thousands with shows, music and installations. 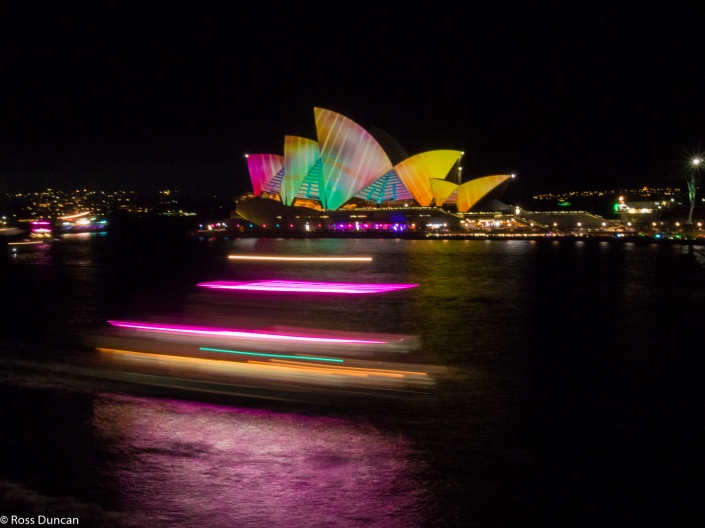 Now in it’s sixth year the festival of light and music transforms the the city after dark.

Designed to be enjoyed in the cool crisp air of an early winter, this year the festival has been blessed with unseasonably warm weather, bringing out even larger crowds that usual. It’s like New Years Eve without the fireworks.

The festival started out with just a few light shows around the Opera House and The Rocks, it now has over buildings and displays spread around the city, Martin Place, Walsh Bay and Darling Harbour.
One of the more popular attractions is at Customs House down on Circular Quay.

Dancing for the lights.

At Customs House a small dance floor has been set up, depending on your dance skills, or lack of them, you get to control the lights that appear on the building as you shake your booty on the dance floor. Luckily they have an “awkward white man” setting on loop.

The way Sydney has taken Vivid to it’s collect bosom has been quite remarkable, it’s not just the light shows that draw the crowds though, there are also all kinds of music shows and talks, think the Pixies tonight, the Pet Shop Boys another night and James Vincent McMorrow the next, followed up with a bit of Marimba Trance or a burlesque show, no problem. 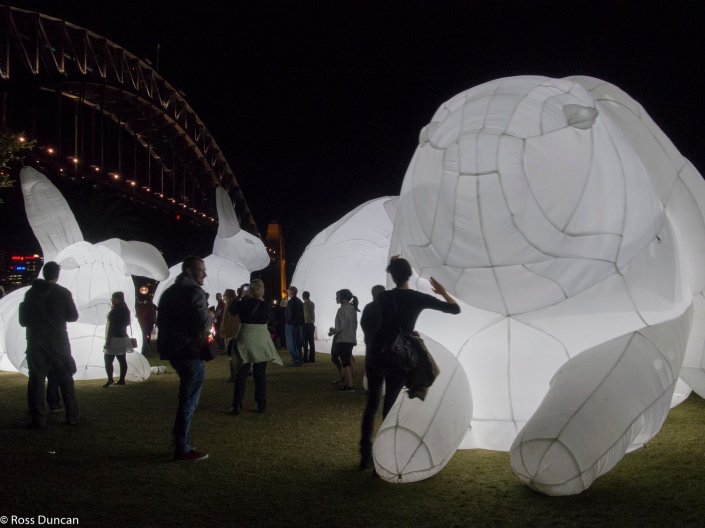 The video designers who staged the 2012 London Olympic opening ceremony, 59 Productions, are responsible for the Opera House this time around, they’ve gone for snakeskin prints, puffy pastel clouds and butterflies as well as some surreal multi-colored scenes.

Lat year, Vivid drew some 800,000 people to the festival and organizers are confident that this year will see a new record, if the weather holds, I’m sure they will succeed.

Dance to the lights.

Graffiti Me, Spray paint your image in light.

interviews with photographers around the world

What I Wish I Knew Before I Retired

Travel, adventures, and other shenanigans!

The intention of our presence here is not to fulfill expectations. It is to promote questioning and debate. Both of which should be respectful and informed. Learning comes from listening not shouting. Our opinions may not be yours, and that is how it should be.

Explore the world of Fujifilm

Exploring the abandoned, derelict and forgotten of Adelaide, South Australia and beyond

One of Australia's longest running food blogs since 2008